The new numbers, collected last week by Mindshare’s U.S. Consumer Insights team, show the longer people are stuck at home, the more likely they are to be boosting their radio listening. When the agency asked the same question during the week of March 31, 21% of people surveyed said they were listening to more radio. But during the week of March 11, just 15% said they were. In other words, the longer the stay-at-home orders disrupt typical media habits, the more the number of Americans who say they’re spending more time with radio than in the pre-pandemic period goes up.
The trend line is similar for another form of audio entertainment – podcasting. A month ago when the world turned upside down, 13% of those surveyed by Mindshare said they were consuming more podcasts than prior to the COVID-19 pandemic. That climbed to 17% by the end of the month. And now its latest data, collected last week, shows that number has topped one-in-four (26%) Americans who report they’re dedicating more time to podcasts. That finding seems to correlate with data released by Podtrac on Tuesday that showed, for the first time since the health crisis took hold, the size of podcast downloads and audiences both increased last week.
It may be natural to expect that people stuck at home will be spending more and more time with all forms of media, but the Mindshare data reveals that’s not always the case. After initially seeing a bump, the research shows several formats – like watching online video, binge-watching shows, and spending time on social media – actually slid backward last week. At the same time more traditional habits like watching live TV and listening to music ticked higher than during the prior weeks. One reason could be that 46% of Americans report they’ve run out of content to consume, up from 33% in the survey done earlier this month.

AVG is the number three Internet security company in the world, with more than 70 million users. Their competitors are bundled into the sale of a new PC, so AVG needed to create a brand voice powerful enough to break the cycle of renewal and drive consumers to actively switch to AVG.

Create a strategy that would differentiate AVG from the competition from a brand perspective. Build a big idea powerful enough to challenge the leaders who outspend AVG ten fold. A “more human” approach to Internet security was brought to life through the establishment of hugsforhackers.org.

Dramatic growth in the number of US users (50MM to 85MM) and increased brand recognition. 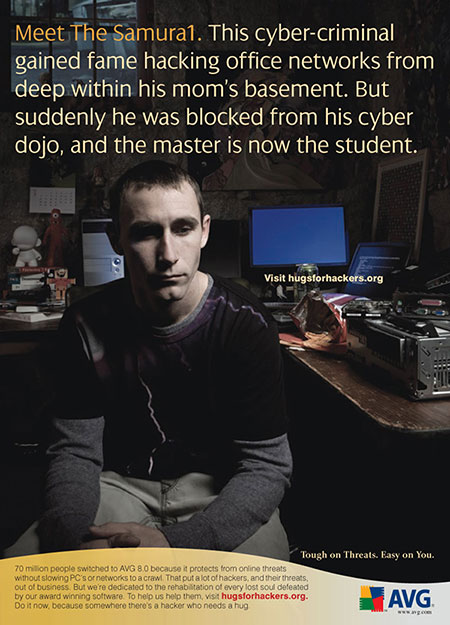 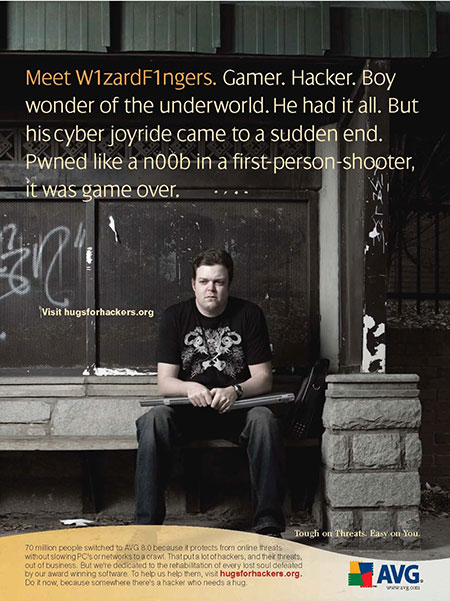 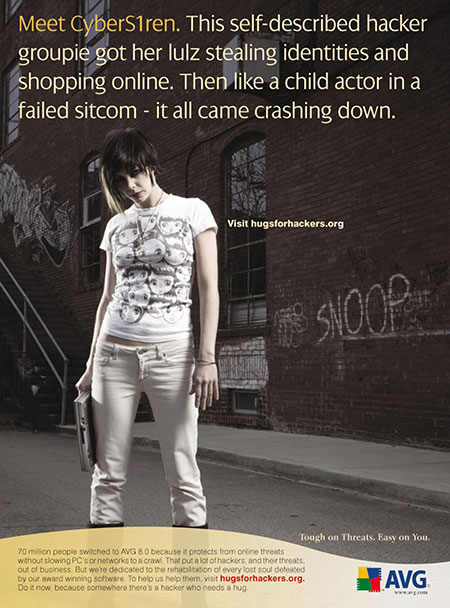 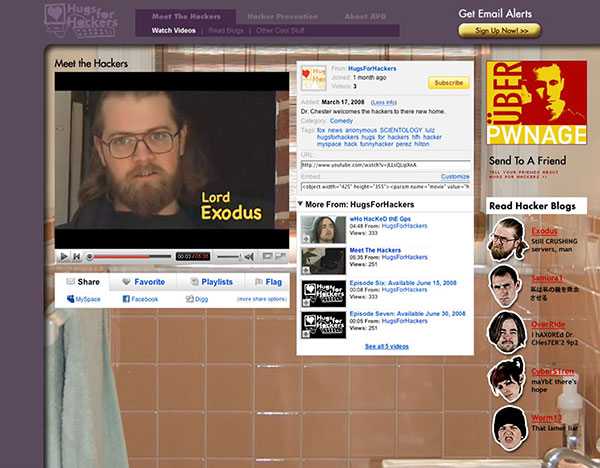